The Music of Ella Fitzgerald and Sarah Vaughan - Friday is past the date when it may be purchased online.

The Music of Ella Fitzgerald and Sarah Vaughan - Friday

The astonishing vocals of the late Ella Fitzgerald and Sarah Vaughan are brought to life for three exquisite nights with the leading ladies of vintage jazz Juliet Roberts and Vimala Rowe (Cafe Society Swing), and an all star band led by Hideaway's musical director Janette Mason!

From her training in Hindustani classical music in India to world music, soul and effortlessly swinging jazz, award winning singer Vimala Rowe has rapidly become a major talent on the British jazz scene, performing at Ronnie Scott's, Pizza Express Jazz Club, London Jazz Festival and countrywide, delighting and astonishing audiences with her passion, delivery and enormous range of expression. Her 2016 duo album, Out Of The Sky, with legendary guitarist John Etheridge, was Top 10 Critic's Choice in both The Guardian and The Sunday Times.

Vimala co-composed a work with flamenco supremo Paco Peña, performing at Sadler's Wells in 2015 and 2017. 2018 saw her as a soloist performing Duke Ellington Sacred Music at Lincoln Cathedral with the Royal Birmingham Conservatoire Ellington Orchestra. She is a long-standing member of Alex Webb's Cafe Society Swing and Charlie Parker On Dial. She has had the good fortune of performing with such Jjazz luminaries as the late great Bobbie Wellins, Toni Kofi, Nathaniel Facey, Andy Cleyndert and many more.

Her mix of jazz sophistication and swing, soulful passion and a hint of Indian exoticism is enthralling.

“The Fabulous vocals of Vimala Rowe… stripped the songs of their datedness and brought them into the modern age” Birdlives.co.uk

Juliet Roberts is a British jazz, rock and house music singer. Celebrating a career spanning thirty years, she has recorded and performed with Ray Charles, Miles Davis, Stevie Wonder, Chaka Khan and Courtney Pine amongst many others. Former lead vocalist for UK jazz dance outfit Working Week, her own recording career has seen her vocal power deliver soulful dance anthems ("Caught In The Middle") and more recent releases of two jazz influenced solo albums (Beneath The Surface and Natural Thing).

Appointed as Hideaway's first Musical Director in 2012, Janette's talents as a producer, arranger and band leader have left a distinctive and extremely popular mark on Hideaway's in-house productions, a series of sell-out shows that include Hideaway Presents Bond and Wall to Wall: Bowie. 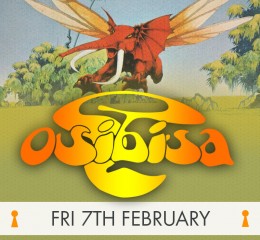