A VOCAL EXTRAVAGANZA - Join us for a night of Soul, Jazz and much much more at Hideaway

A Night of Amazing Musical Energy
Four Voices - A Jazz, Soul and R&B Extravaganza
A Feast for Music Lovers

Back for a fourth event, DIVA is a showcase of the finest vocal divas that the UK has to offer! After the incredible line-ups which appeared in previous Diva shows you can expect big things from this event. Musical direction is from Janette Mason. 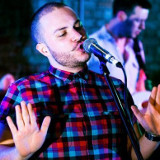 Brendan is a trained singer in jazz, a writer, producer and multi-instrumentalist . Brendan was born and raised in the USA within a family of musicians.  At the age of 20 he moved to Europe, where he went on to release solo material, has played countless sessions and live shows as well as working as a backing vocalist for the likes of The Basement Jaxx and many others.

Born in London of Jamaican and Goan heritage, Shireen learned her craft in Afro-Caribbean music, but in recent years her jazz singing, inspired by artists such as Marlena Shaw, Dianne Reeves and Nancy Wilson, has led her in a different direction. In the opinion of BBC Scotland's Tony Currie she is - "one of the best British vocalists of this generation," whilst Jazzwise Magazine described her as - 'a brilliant vocalist.' 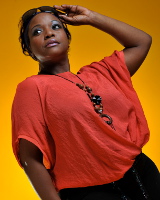 Angie is a true performer, she has the ability to adapt and change the sound of her voice to fit most styles of music. Her years of training both as an actress and session singer coupled with pure dedication means her sound goes from being a very cute nasal one to seductive sixties sound that is great to hear on pop songs. The sound that Angie is most known for is powerful dynamite house, soul and gospel diva which can also translate down to a beautifully refreshing almost childlike airy voice but with a touch of smokiness that works on ballads and jazzier tracks. 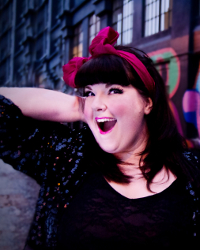 Leanne made her professional debut as Tracy Turnblad in Hairspray at the Shaftesbury Theatre in London's West End. In the first year of Hairspray's success Leanne was awarded the Critics Circle Award for Best Newcomer, the Theatre-goers Choice Award 2008 for Best Actress in a Musical and also the Laurence Olivier Award 2008 for Best Actress in a Musical.  Leanne's one woman show 'Have You Met Miss Jones?' has played all over the UK, and at various cabaret venues in London including, Ronnie Scotts Upstairs, The Delfont Room, The Landor, Brockley Jack, The Pheasantry, Tom Thumb Theatre, The Savoy Hotel and The Charing Cross Theatre, The Leicester Square Theatre, and onboard The Adonia (P&O South American Adventure cruise).

Janette Mason's eclectic career has seen her play keyboards for Jimmy Somerville, Seal and Oasis. She has also been the musical Director for the Jonathan Ross Show and nominee for a Parliamentary Jazz award for her Trio Album "Alien Left Hand". As a composer and arranger she recently scored the feature film, The Calling starring Brenda Blethyn and Susannah York, contributed arrangements to Ian Shaw's album, Drawn to all Things, and produced and arranged Lea DeLaria's current Warner Bros release, The Live Smoke Sessions, which made the Grammy ballot.

Karen took up the tenor saxophone whilst studying composition at the Royal Northern College of Music. A friend introduced her to a recording of Dexter Gordon and she was instantly hooked, quickly joining the college jazz band and finding regular work in a busy soul band based in Liverpool. Since relocating to London in 1999 Karen has become a busy freelance musician working alongside many top class British and American musicians such as Scott Hamilton, Sir John Dankworth, Cleo laine, Danny Moss, Alan Barnes, Barbara Lea, Dick Sudhalter, Mark Nightingale and Ellyn Rucker. 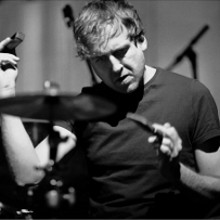 Since studying drum kit at the Guildhall school of music, he has been lucky enough to perform and record with a vast range of different artists, including Dionne Warwick,  Boy George, Joe McElderry and Seth Lakeman. 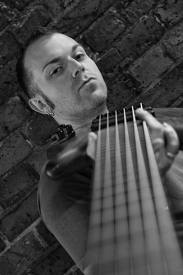 Born in London, Simon started learning the double bass at school in Dorset with Barry Glynn. He went on to study at The Guildhall School of Music & Drama in London (1999-2003) receiving tuition from Kevin Rundell, Jeff Clyne and Steve Watts. He first picked up an electric bass aged 15 and has never looked back. Equally at home on upright or electric basses both live and in the studio, Simon soon became one of the busiest session bassists in the UK.

Perhaps best known as the bassist with The Divine Comedy and Duke Special, he also tours regularly with Clare Teal and Maggie Reilly.